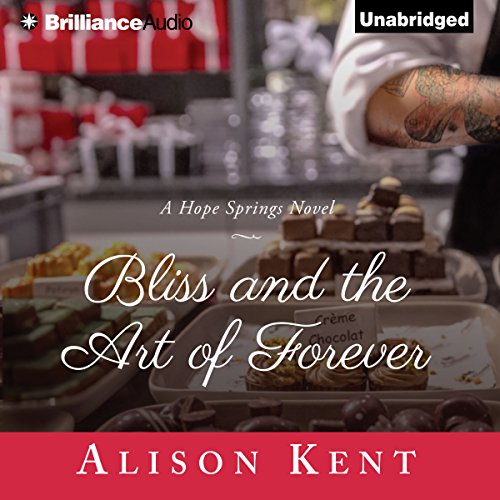 Bliss and the Art of Forever

Now that she's committed to leaving Hope Springs, she's falling for the wrong man...but he just might give her all the right reasons to stay.

Two years after her husband's death, kindergarten teacher Brooklyn Harvey is leaving Hope Springs for her in-laws' vineyard in Italy - with no plans of coming back. That is, until she meets a disarmingly sexy biker-turned-chocolatier. He might be the man of her dreams, but he's also the father of one of her students; as such, he's strictly off-limits.

Callum Drake knows a good thing when he sees one, and he doesn't want to let Brooklyn get away, even if his rival for her affection is the ghost of her dead husband. He'll do whatever it takes to win her over, including making chocolates concocted just for her - chocolates that evoke memories of their time together. But can he create a second love bright enough to pull her, and her heart, out of living in the past?