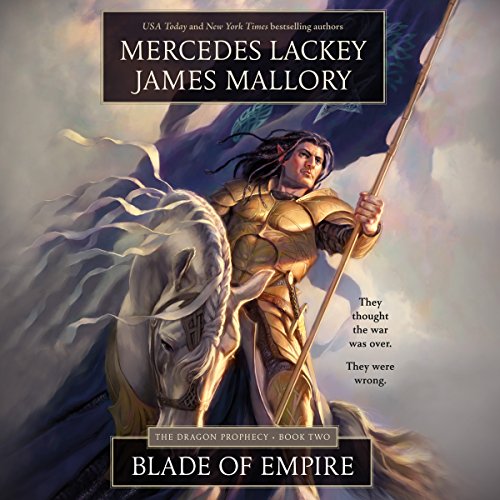 USA Today and New York Times bestselling authors Mercedes Lackey and James Mallory continue The Dragon Prophecy, which began with Crown of Vengeance. Set in a masterful fantasy world filled with elves and demons, unicorns and goblins, and mages and warriors, Blade of Empire continues the legend of Vieliessar Farcarinon, the first High King.

As Vieliessar confronts the first waves of the forces of Darkness, her destined Bondmate, Runacar, leads a rag-tag group to war. For centuries, the Elves have hunted the Otherfolk - minotaurs, gryphons, dryads, and more - considering them beasts. But they have a complex society, Runacar discovers, and though he is an Elf, takes it as his mission to help them reclaim their lands from his former friends and allies.

The Dragon Prophecy is a tale of loyalty and betrayal, of love and loss, of sacrifice and salvation. And of the never-ending battle between Light and Dark.