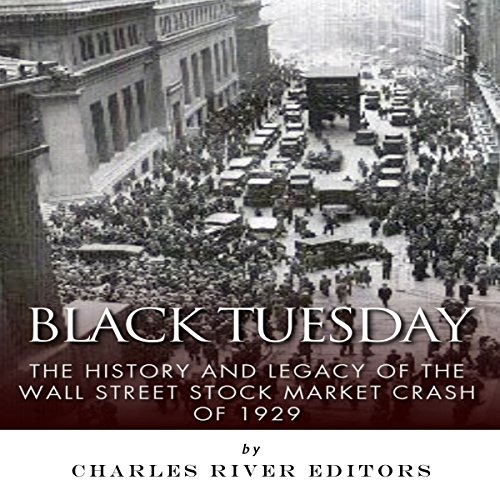 Black Tuesday: The History and Legacy of the Wall Street Stock Market Crash of 1929

The Roaring Twenties were an age of optimism. New technology was being invented, and novel products were making their way to the store shelves. Americans believed that a new era, driven by technology, was upon them, and this optimism extended to financial markets.

During the 1920s, financiers believed that the economy would continue to boom, as it had been since the end of World War I. As a result, investors and financiers increasingly accepted lower and lower returns on money they lent.

However, during the fall of 1929, the stock market was becoming increasingly unstable. Prices would rise and fall rapidly, and some investors were becoming more cautious. Then, on October 24, 1929, the stock market lost 11% of its value right at the opening of the stock market. Panic ensued, but several prominent investment bankers were able to restore confidence by buying stocks well above the market rate.

Black Tuesday was a catastrophe the country wasn't ready for, and in fact, the market would not return to its 1929 peak until the 1950s. Black Tuesday is best remembered for investors and consumers making a run on banks that could not service everyone, and banks failed often during the Great Depression, due to bad loans and a lack of public confidence. The Federal Reserve was reluctant to backstop banks and protect them against bank runs, so banks were unable to borrow enough money to cover depositors' demands. When banks failed, depositors who couldn't get their money out of the bank were wiped out.