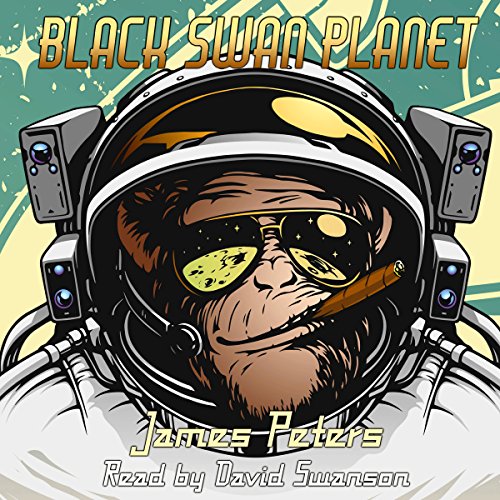 Raka Varoule is a second-rate investigative reporter, traveling between the 27 worlds of the Galactic Empire exposing minor scandals. His big break comes when he weasels his way onto the emperor’s personal star-cruiser to report live, across the galaxy, how the emperor is celebrating his birthday.

Black Swan Planet is a rare treat of a novel. A satirical science-fiction story told in a unique way, utilizing a variety of perspectives. This story will make both laugh out loud and keep you guessing what will happen next. James Peters has woven a story you’ll never forget, even if you lack mnemonic implants or prescription vibrating undergarments.