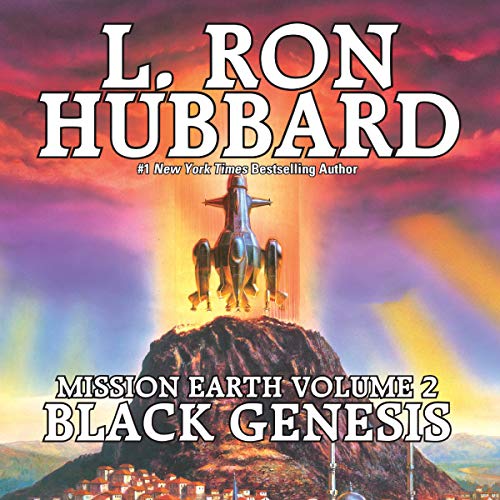 They’re here. They’ve arrived. And they’re all eyes. The Voltarian scouting party - illegal aliens extraordinaire - on a top-secret expedition led by one Jettero Heller, Royal Officer of the Fleet.

His mission: rescue the planet from pollution - and make it safe for the upcoming invasion.

His problem: The planet may not want to be saved - and the invasion may just be a trick.

One way or another, Heller is about to undertake a journey of discovery - and it’s a real trip. From a Middle Eastern mecca of drugs - the key to a scheme to bring down the Voltarian government - to the mean streets of New York, he’s finding out what makes this world go round.

Between the Mafia wars and the brothel whores, between the ruthless IRS agents and the crazy cab drivers, between the muggings and the weapons of mass destruction, this is one learning curve that’s about to turn into a roller-coaster ride. And before it’s over, all Heller will break loose...in the name of Black Genesis.

"The book delivers all the entertainment anybody could ask for." ( New York Newsday)
"Fast-paced and thoroughly enjoyable." ( United Press International)