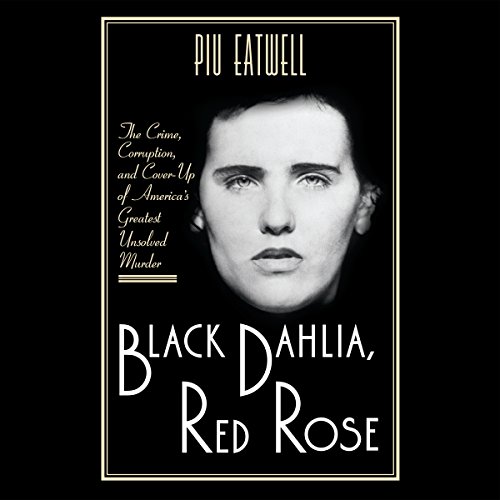 The gruesome murder of hopeful starlet Elizabeth Short, in the noir-tinged Los Angeles of 1947, has a permanent place in American lore as one of the most inscrutable of true-crime mysteries. Now, Piu Eatwell - relentless legal sleuth and atmospheric stylist - cracks the case after 70 years. With recently unredacted FBI files, newly released sections of the LAPD files, and explosive new interviews, Eatwell has unprecedented access to primary evidence and a persuasive culprit. She layers her findings into a gritty, cinematic retelling of the case from the corrupt LAPD and the take-no-prisoners press to the seedy underworld of would-be actresses and the men who preyed on them. In mesmerizing prose, Black Dahlia, Red Rose is a panorama of 1940s Hollywood, a definitive account of one of the biggest unsolved murders of American legal history.