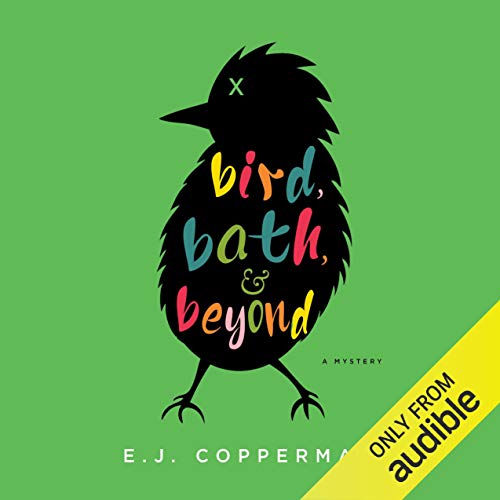 Bird, Bath, and Beyond

Bird, Bath, and Beyond

The second in this hilarious cozy mystery series features a woman who is a talent agent for showbiz animals and discovers that she has a talent herself: solving crimes.

Kay Powell, theatrical agent to non-human animals, is babysitting - that is, birdsitting - her client, a parrot named Barney, on the set of his new TV show, Dead City. When the show’s charismatic star is shot in his trailer between scenes, the only eyewitness to the crime is - you guessed it - Barney. And even though Kay keeps explaining that even a “talking” parrot doesn’t actually converse with people, the investigators insist on interrogating the bird for information he clearly can’t communicate.

Suspects accumulate like birdseed, and before long it’s clear the killer believes Barney might actually be able to supply useful evidence. Even Barney can’t fly away from this one.