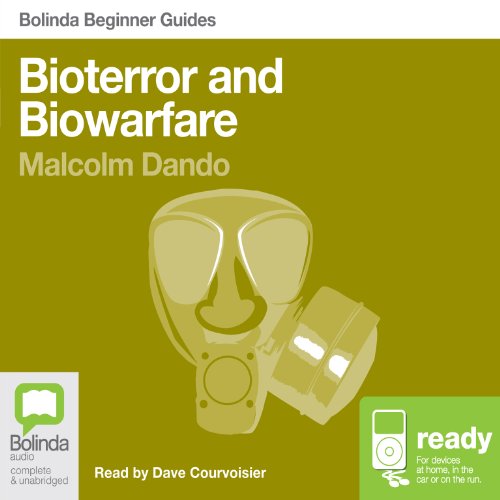 Malcolm Dando, renowned professor of international security and the state of biological agents, is indisputably an expert in his field, but this entry-level primer on the history of bio-warfare isn’t bogged down by esoteric terms and a deluge of scientific facts; rather, it offers an accessible analysis of the effects of certain agents as well as an insider’s perspective on regimes past and present who have boasted chemical arsenals.

Bolinda Beginner Guides presents a study from a leading professor of international security on the international state of biological agents, and the reality of chemical warfare in the modern world.

Against an uneasy political backdrop of failed agreements and legal loopholes, along with the worrying growth of biological and chemical agents around the world, biological warfare has become a real concern for anyone worried about a future of war and terrorism. Exploring the entire spectrum of chemical and biological threats, Malcolm Dando explains the effectiveness of different agents, and describes the potential attack scenarios. Covering the history of biowarfare development programmes around the world, he also discusses what we know of current programmes, in places such as Iraq, the US, and South Africa.