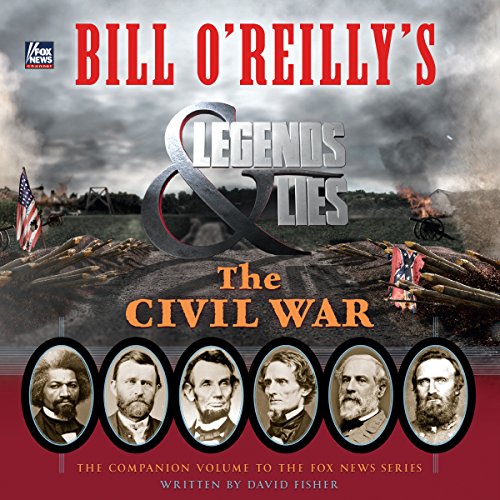 The newest installment in the New York Times best-selling companion series to the Fox historical docudrama, Bill O'Reilly's Legends and Lies: The Civil War is a pulse-quickening account of the deadliest war in American history.

From the birth of the Republican Party to the Confederacy's first convention, the Underground Railroad to the Emancipation Proclamation, the Battle of Gettysburg to the assassination of Abraham Lincoln, Bill O'Reilly's Legends and Lies: The Civil War reveals the amazing and often little-known stories behind the battle lines of America's bloodiest war and debunks the myths that surround its greatest figures, including Harriet Tubman, Abraham Lincoln, General Robert E. Lee, Frederick Douglass, Stonewall Jackson, John Singleton Mosby, Ulysses S. Grant, Jefferson Davis, John Wilkes Booth, William Tecumseh Sherman, and more.

An epic struggle between the past and future, the Civil War sought to fulfill the promise that "all men are created equal". It freed an enslaved race, decimated a generation of young men, ushered in a new era of brutality in war, and created modern America. Featuring eyewitness accounts that further bring the history to life, The Civil War is the action-packed and ultimate follow-up to the best sellers The Patriots and The Real West.