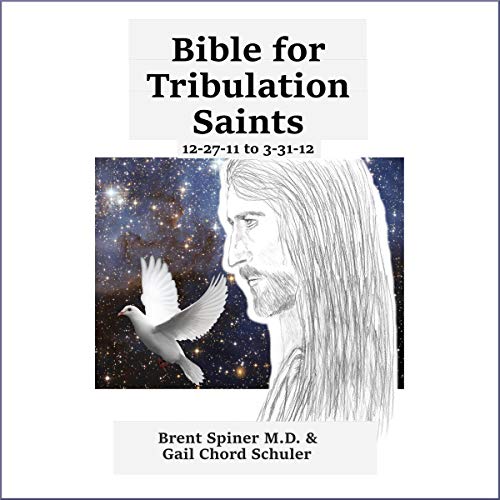 I'm changing hats from writer to voice actor for the next year. There is enough in Bible for Tribulation Saints for about 12 books! This is the first book in about a 12-book series. I decided to do this for several reasons. One, is that one of my fans requested I do an audiobook. Lots of people only "read" a book through audio now-a-days. Audio is becoming "the thing". And I noticed as I read Bible for Tribulation Saints is that I kept wishing this was an audiobook, so I could listen to it throughout the day to help keep me on track. I also kept wishing the chapters were shorter, so I'd have a nice stopping place without getting lost. I originally decided not to make this an audiobook, because it seemed impossible for me, with the book as long as the Bible. But it's not impossible, it will just take me about a year. Rome wasn't built in a day. But it's something I really want to do for myself and my followers.

This book is so important. We need to know what Jesus said. I've noticed Satan tries to get me to forget what Jesus has told us. I actually think Jesus wrote the book and just used me as his instrument! My main role was transcriber. Brent Spiner wrote me lots of letters, and he's such a good writer, I could just publish what he wrote verbatim; that's why I've given him co-author credit. Though, of course, I'm the only narrator for the audiobook. Some sections are dry, like the Bible. But most of the book is a real pause-resister and the longer chapters caused me to stay up far too late. That's another reason I broke it up into smaller sections. When I'm done, I will combine all of the shorter books into one huge Kindle book with the shorter chapters and corrections.