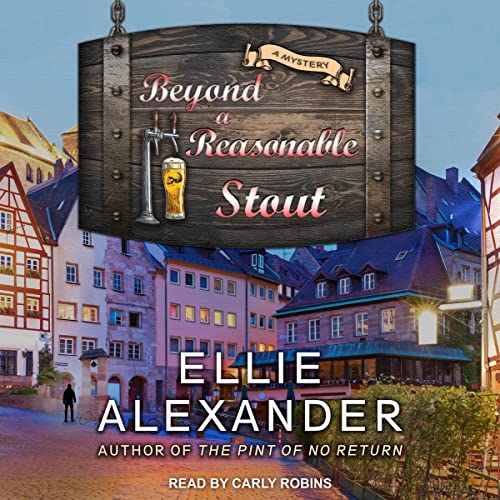 Beyond a Reasonable Stout

It's the dead season in Leavenworth, Washington. The throngs of Oktoberfest crowds have headed home, and the charming Bavarian streets are quiet and calm - momentarily. Villagers use the reprieve to drink in the crisp fall mountain air and prepare for the upcoming winter light festival. Soon the German-inspired shops and restaurants will be aglow with thousands of twinkling lights. Visitors will return to the northern Cascades to drink warm mulled cider and peruse the holiday markets. Brewer, Sloan Krause and her partner in crime Garrett Strong are using the slowdown to stock up on a new line of their signature craft beers at Nitro.

Sloan is in her element. She loves the creativity and lowkey atmosphere at Nitro. Only that is soon threatened by the incumbent city councilmember Kristopher Cooper. Kristopher is running for re-election on a platform of making Leavenworth dry. Everyone in beertopia is fuming. Kristopher wants to banish beer, a policy that might just bankrupt the entire village. However, Kristopher turns up dead days before election night. Friends, family, and every other business owner had a motive to kill him, including none other than April Ablin, Leavenworth's self-described ambassador of all things German. Sloan finds herself defending April and trying to sleuth out a killer amongst a group of familiar faces.