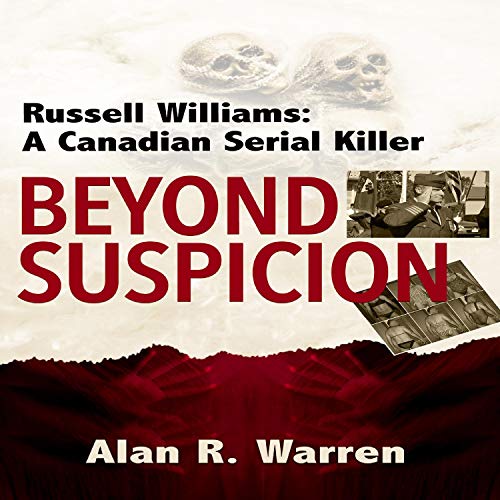 Young girl’s panties started to go missing; sexual assaults began to occur; and then female bodies were found. Soon this quiet town of Tweed, Ontario, was in a panic. What's even more shocking was when an upstanding resident stood accused of the assaults. This was not just any man, but a pillar of the community - a decorated military pilot who had flown Canadian Forces VIP aircraft for dignitaries such as the Queen of England, Prince Philip, the Governor General, and the Prime Minister of Canada.

This is the story of serial killer Russell Williams, the elite pilot of Canada’s Air Force One, and the innocent victims he murdered. Unlike other serial killers, Williams seemed very unaffected about his crimes and was leading two different lives.

Alan R. Warren describes his secret life, including the abductions, rape, and murders that were unleashed on an unsuspecting community. Included are letters written to the victims by Williams and descriptions of the assaults and rapes as seen on videos and photos taken by Williams during the attacks.

This updated version also contains the full police interrogation of Williams and his confession, also the twisted way Williams planned to pin his crimes on his unsuspecting neighbor