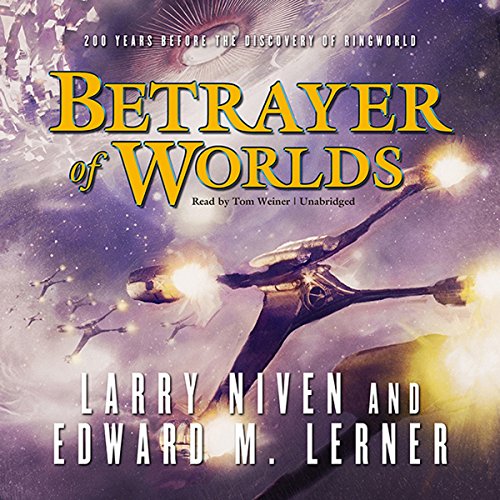 Since fleeing the supernova chain reaction at the galactic core, the cowardly Puppeteers of the Fleet of Worlds have - just barely - survived one crisis after another: the rebellion of their human slaves, the relentless questing of the species of Known Space, the spectacular rise of the starfishlike Gw'oth, the onslaught of the genocidal Pak.

Now fresh disaster looms, as though past crises have returned and converged. Who can possibly save the Fleet this time?

Larry Niven is the multiple Hugo and Nebula award–winning author of the Ringworld series, along with many other science fiction masterpieces. Edward M. Lerner has degrees in physics and computer science, a background that kept him mostly out of trouble until he began writing science fiction full-time.

“Exceptional freshness and suspense…full of startling revelations about human and puppeteer politics.” ( Booklist)
“Niven and Lerner have produced a novel that can stand on its own as well as part of the Known Space franchise.” ( Locus)
“A far-future SF mystery/adventure set two centuries before the discovery of the Ringworld by humans…Intriguing human and alien characters and lucid scientific detail.” ( Library Journal)