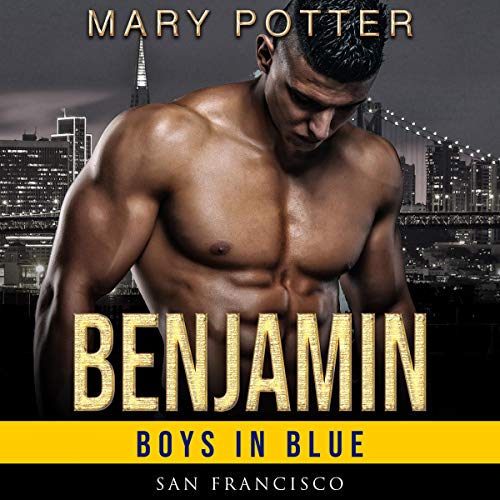 A blue-blooded police officer by day, and fun seeker by night. Benjamin knows the girls like a man in uniform. But when he’s at the nightclub, Ben wants discretion. When a beautiful and curvy younger woman comes to the club to watch the band, Benjamin only has eyes for her.

Blog writer and introvert, Sarah agrees to take on a writing gig to review an up and coming band. Little does she know, it isn’t the band that makes an impact on her. She falls for the plain-clothes cop, and she falls hard.

Welcome to San Francisco, home to the Boys In Blue

I love this town, and I love its people. The trouble with loving and being in love — well that’s a different story.

I’m a police officer in the Golden City. I’m a person of flesh and blood and needs when I take off the uniform. I know sometimes it intimidates women. Sometimes they’re attracted, but never long enough to have a relationship.
I wasn’t looking for love the night I went to the nightclub downtown to check out the new band. I didn’t intend anything out of the ordinary.

That’s when I saw her. She wasn’t the typical club girl. She wasn’t interested in finding anyone special. When we met, for the first time in my life, I think San Francisco just got a whole lot more interesting.

This isn’t my scene. I’m not interested in the hottest new band.

But a girl has to eat and pay the rent. I’m a freelance writer and I only go to the club that night because the music blog paid for a story.

I must endure; I must carry on, because I know in my heart things will change.
I’m an introvert, and a realist, and the band isn’t terrible. I need a few words — enough to pay the bills until I hear back about my manuscript.

I can’t get the feature story on the band. When I knew things were changing, I didn’t expect Benjamin. He’s a little older, he’s incredibly handsome. And for the first time in my life, I’m at a loss for words.

A steamy and sweet short-story insta-love romance with an older alpha police hero and younger curvy woman with explicit, sensual, promiscuous, uncensored scenes and a happily ever after ending. No cliffhangers. No cheating.

This is a stand alone book, but I recommend that you listen to them all, so jump into this series now to follow all of the Golden City Boys in Blue.