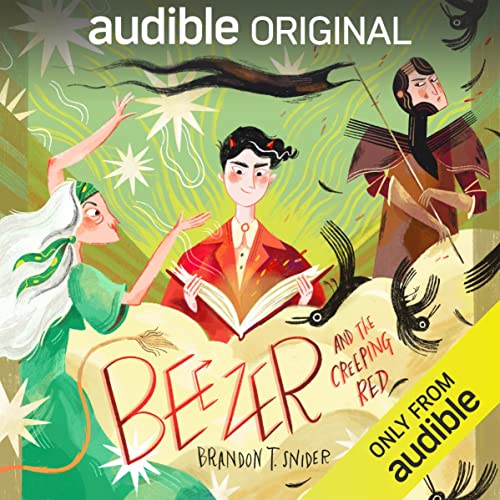 Beezer and the Creeping Red

Who is Beezer? That’s what he wants to know! Now that the former prince of the Red Realm is permanently on Earth, away from his overlord father, the sky’s the limit. He can be anyone he wants to be! The only problem is - he’s not sure who that is just yet. But he’ll figure it out eventually.

Now that Summer Camp has arrived, it should be smooth sailing, right? Not exactly. Beezer’s siblings, Lucy and Dash, are acting like total weirdos. One minute they're fine and the next they’re behaving badly. It’s as if they’re possessed or something!

Their mom, Jessie, has just about had it with their antics, but when birds start falling from the sky, Beezer realizes something much scarier is happening. After consulting a mysterious book called the Crimson Codex, a frightening truth is revealed!

Now, with the help of his family, Beezer must stop an ancient prophecy from destroying everything as a dark secret from the past emerges.

Beware the Creeping Red! It comes for you.