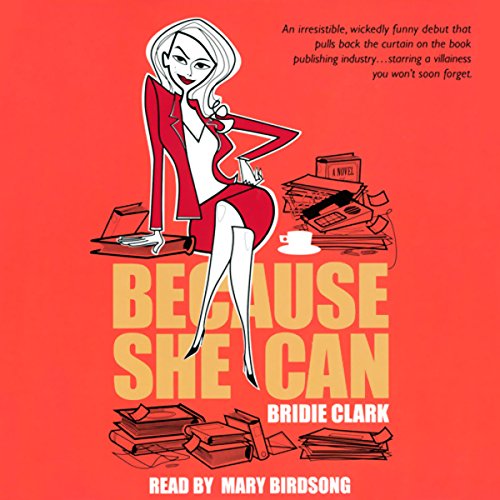 Here is a witty and revealing roman á clef about a woman who finally gets her dream job in book publishing, only to realize she's working for the industry tyrant.

Claire Truman's life is in a holding pattern. She's spent six years languishing away at a top publishing house, waiting to be promoted to editor and stretching her ridiculously small salary as far as it will go. And, fresh from an ugly breakup, she's in the midst of her favorite moping strategy: eating her weight in pizza. But when her best friend drags her to an art gallery opening, her life takes flight.

When she sees Randall Cox, the man she spent her entire college career lusting after, she can hardly believe her good luck. And when he marches over, strikes up a conversation and asks her to dinner, she thinks she's walking on air. The next morning, when the top editor at a rival publishing house calls her (at Randall's suggestion) with a job offer - complete with a promotion and three times her current salary - Claire believes she's getting everything she's ever wanted.

But be careful what you wish for. Vivian Grant, her new boss, is even worse than the industry gossip led her to believe. From her middle-of-the-night phone calls, her impossible demands, the ridiculous hours, and her insulting and vicious verbal attacks, Vivian piles on the work and the abuse. As work demands more and more of her time and her soul, will Randall Cox remain her Prince Charming?

"Clark...nails the dark side of the vulgar, spiteful boss archetype....[T]hose in the Page Six and Lloyd Grove set will appreciate this devilish read." ( Publishers Weekly)
"Vivian's vitriolic tantrums are laugh-out-loud funny." ( Booklist)

Das sagen andere Hörer zu Because She Can