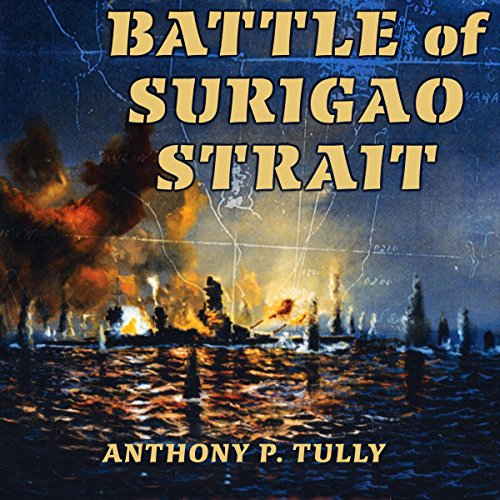 Surigao Strait in the Philippine Islands was the scene of a major battleship duel during the Battle of Leyte Gulf. Because the battle was fought at night and had few survivors on the Japanese side, the events of that naval engagement have been passed down in garbled accounts.

Anthony P. Tully pulls together all of the existing documentary material, including newly discovered accounts and a careful analysis of U.S. Navy action reports, to create a new and more detailed description of the action. In several respects, Tully's narrative differs radically from the received versions and represents an important historical corrective.

The book is published by the Indiana University Press.

"This book is worth buying by serious students of the Pacific War." ( The Journal of Naval History)
"The skillful incorporation of personal testimony from those involved is what really elevates this work above run-of-the-mill naval history and turns it into something special." ( Warship)