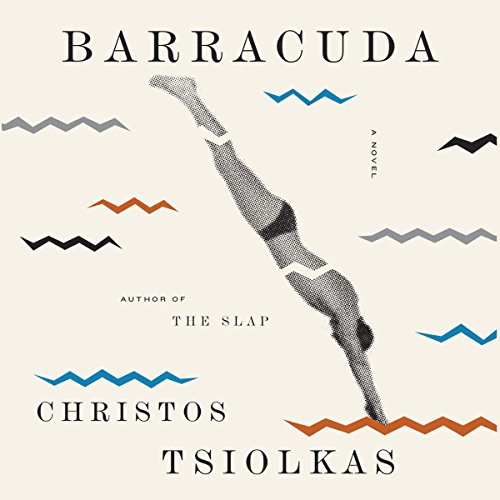 Fourteen-year-old Daniel Kelly is special. Despite his upbringing in working-class Melbourne, he knows that his astonishing ability in the swimming pool has the potential to transform his life, silence the rich boys at the private school to which he has won a sports scholarship, and take him far beyond his neighborhood, possibly to international stardom and an Olympic medal. Everything Danny has ever done, every sacrifice his family has ever made, has been in pursuit of this dream. But what happens when the talent that makes you special fails you? When the goal that you've been pursuing for as long as you can remember ends in humiliation and loss?

Twenty years later, Dan is in Scotland, terrified to tell his partner about his past, afraid that revealing what he has done will make him unlovable. When he is called upon to return home to his family, the moment of violence in the wake of his defeat that changed his life forever comes back to him in terrifying detail, and he struggles to believe that he’ll be able to make amends. Haunted by shame, Dan relives the intervening years he spent in prison, where the optimism of his childhood was completely foreign.

Tender, savage, and blazingly brilliant, Barracuda is a novel about dreams and disillusionment, friendship and family, class, identity, and the cost of success. As Daniel loses everything, he learns what it means to be a good person - and what it takes to become one.

"Sweeping and affecting." ( Publishers Weekly)
"[Tsiolkas is] a master chronicler of the zeitgeist... There is no understatement; no silences nor lilting musicality. The words hurtle out as he depicts characters trapped between irreconcilable worlds - middle class and working class, Anglo and Greek, gay and straight, physical and intellectual. Individuals who are intense, complex, and flawed but must ultimately cleave towards tenderness and discover generosity. If The Slap was excellent material for a TV series, then Barracuda’s more substantial plot has all the hallmarks of a feature film.” ( The Guardian)