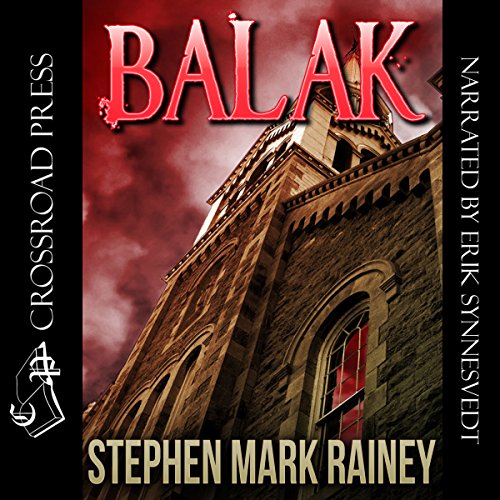 From dreams filled with strange, beautiful images and haunting music, Claire Challis woke to the repulsive sound of a nasal, falsetto voice scratching its way through her closed bedroom window - the kind of voice adults reserve for speaking to pets or very small children. A particularly annoying case of the latter, she decided, for the voice was crooning, "My, don't we look fine in our Sunday best! Are you going to church, young man?"

From her second-floor apartment, she could hear only an indistinct, mumbled response, but she thought it came from little Paul Hernandez, who lived next door. A momentary silence ensued, and then she heard, "Are you going with your parents?"

Claire couldn't help but shudder at the dry, coarse quality of the voice. The speaker sounded like an elderly man, but the intentional distortion of his speech impressed her as vaguely sinister. Little Paul must have answered in the affirmative, for the speaker continued, "You look so cute. How would you like to go with me to myyy church?"

From the author, Mark Rainey:

"Balak, like much of my fiction, is a part of a multilayered, interconnected universe that draws heavily from the Cthulhu Mythos of H. P. Lovecraft while using the most modern of settings and characters. Many of the settings for Balak are very real places in Chicago, which I attempted to capture and cast in a somewhat different light than they - at least probably - appear in real life."