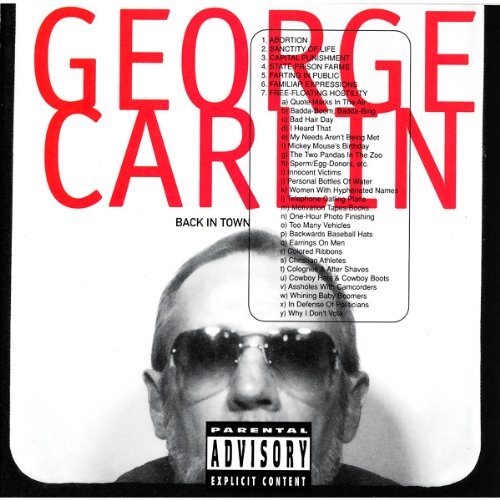 In this live recording of George Carlin’s ninth HBO special, the critically acclaimed, fanatically adored, politically divisive comedian jumps right into the tough stuff. Abortion, religion, racism, American prison culture - you name it, Carlin has an opinion he isn’t afraid to share, and better, an opinion expressed so sharply that he seems sometimes to draw and quarter the opposing team absolutely without effort. Carlin, a boisterous and unapologetic performer with an arresting vocal presence, manages that rarest of things: to spout easy insults and vulgarities that nevertheless express thoughtful and intelligent considerations about the state of modern society. Carlin is liberal as they come, and not for everyone, but this raucous performance is not to be missed.

Here's George Carlin's ninth HBO special, recorded in 1996 at the Beacon Theater in New York City - his first of many performances there. Carlin said it featured the best writing and performing he'd done in 36 years.