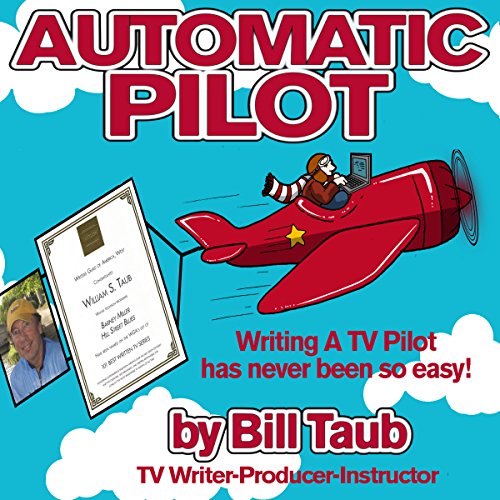 Automatic Pilot is the definitive guide on how to create and write an original pilot. It takes you through the step-by-step process of writing your own pilot script.

It is adapted from Bill Taub's very successful UCLA Extension Writers' Program online workshop, Writing a Spec Pilot, which he has been teaching to students all over the world since 2006.

Up until the series Desperate Housewives, developed from spec pilot, burst upon the scene, and became an instant hit, nobody encouraged writers to write a spec pilot. Since then the floodgates have opened and every writer, including some of the biggest names, is either writing a spec pilot or thinking about writing one.

Like the workshop itself, which crossed borders, Automatic Pilot is designed for writers no matter where they are. Whether you are writing a series about Congress or Parliament, the CIA or MI-5, a family in Bangladesh or Brooklyn, the process is the same. Whether it's a half-hour comedy, one-hour drama, animation, or even a Web series, the steps are the same.

While the odds of selling a spec pilot are slim, the chance your spec pilot will impress those in charge to hire you on staff is a good enough reason to have one. And every writer these days must have at least one spec pilot in their portfolio.

Automatic Pilot is not only an insider's guide on how to create an original pilot, it's an audiobook that will inspire you, motivate you, and help you discover (or rediscover) a sense of freedom and joy in writing, no matter what stage you're at - whether you're new to the writing world or an old pro - it will be something you will return to time and again.