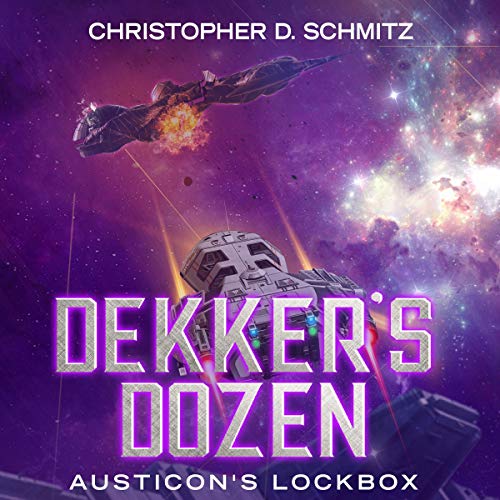 When a young journalist disappears after a meeting with the galaxy’s most notorious criminal in a max-lock facility, Dekker Knight and his crew are called to investigate. What they find might very well unravel the political fabric of the core worlds, and the government and its corps of mind readers are committed to keeping their secrets at all costs.

Despite a cold trail of red herrings and the intervention of a babbling time-traveler, the Dozen barely have time to get a heading. It seems that everyone is after Austicon’s Lockbox, but the increasingly corrupt MEA government is locking down that part of space. It’s not difficult to smell the stink of a cover-up for events that birthed the MEA during the Mechnar Contra.

A deep-state hacker is leaking secrets, a second ancient baal is uncovered, and two new and deadly threats resurface from the shadows. One thing is certain: Something wicked is headed for Earth, and it is not from our universe.