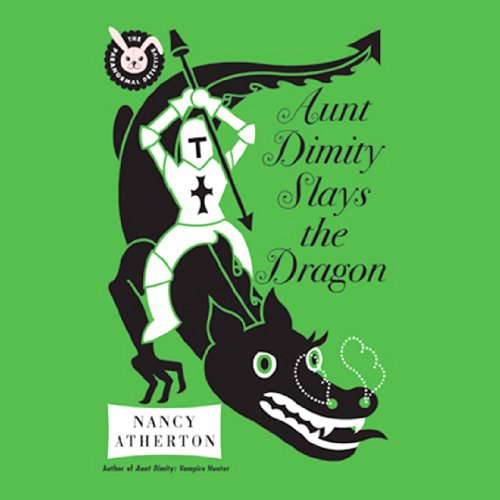 With Penguin's Fall 2009 publication of Introducing Aunt Dimity, Paranormal Detective certain to attract new listeners to the popular cozy series, Aunt Dimity Slays the Dragon is poised as the perfectly irresistible gem that will leave them eager for more. After living in the small English village of Finch for eight years, Lori Shepherd longs for some excitement to spice up her all-too-familiar routine. So when a Renaissance festival complete with wizards, wenches, knights, and jesters sets up in town for the summer, Lori gets her wish - and more. She soon discovers a sinister stalker, a jealous saboteur, and an evil assassin behind the scenes of King Wilfred's Faire, and it's up to Lori - with Aunt Dimity's otherworldly guidance - to prevent the medieval revelry from ending in modern-day tragedy.