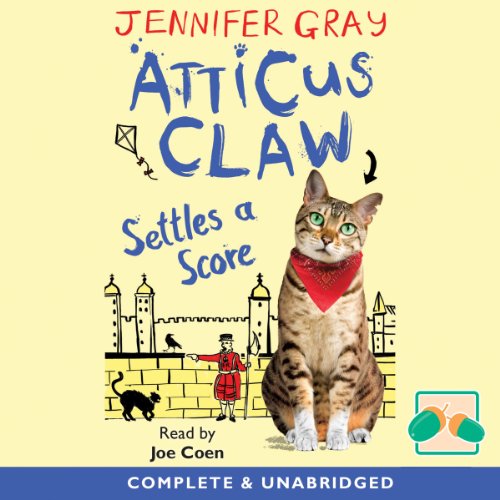 Atticus Grammatticus Cattypus Claw, the world’s greatest reformed cat burglar, is back. This time, the tabby with talent is on the right side of the law. And when Jimmy Magpie and his gang are busted out of jail by a mysterious villain and an evil cat called Ginger Biscuit, Atticus knows from bitter experience he’s going to need all his skill and courage to catch them.

This hilarious sequel to Atticus Claw Breaks the Law takes him from tea with the Queen to the dungeons of the Tower of London.

"Atticus is the coolest feline on the block" (Andy Cope)
"Atticus puts the WOW into meow!" (Jeremy Strong)