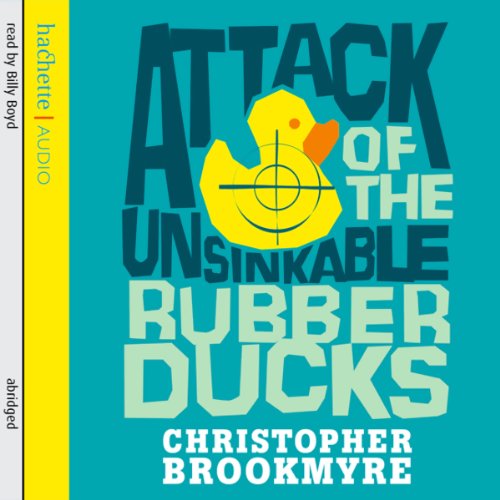 Attack of the Unsinkable Rubber Ducks

Do you believe in ghosts? Do we really live on in some conscious form after we die, and is that form capable of communicating with the world of the living?

That was Jack Parlabane's stance on the matter, anyway. But this was before he found himself in the more compromising position of being not only dead himself, but worse: dead with an exclusive still to file.

From his position on high, Parlabane relates the events leading up to his demise, largely concerning the efforts of charismatic psychic Gabriel Lafayette to reconcile the scientific with the spiritual by submitting to controlled laboratory tests.

Parlabane is brought in as an observer, due to his capacities as both a sceptic and an expert on deception, but he soon finds his certainties crumbling and his assumptions turned upside down as he encounters phenomena for which he can deduce no rational explanation. One thing he knows for certain, however. Death is not the end - it's the ultimate undercover assignment.

'Confirms Christopher Brookmyre's dazzling comic skills, but also reveals hitherto unseen depths of knowledge and analysis... Brookmyre conducts a serious debate in the midst of his usual brilliant mix of absurd plot, extravagant characters and unbounded wit' ( The Times)
'A hilarious and heartening satire on stupidity and an expose of those who know how to exploit it' ( Daily Telegraph)
'A thriller that is thought-provoking, terrifying and hilarious, and possibly Brookmyre's most accomplished book to date' ( Scotsman)
'Excellent plotting, seriously funny twists but still thoughtful' ( Guardian)
'The comedy has plenty of serious implications. Brookmyre's skill in crafting the story out of bluffs and double-bluffs ensures that it's more than a metaphysical jeu d'esprit masquerading as a thriller' ( Sunday Times)
'From the first page I was completely sucked into Brookmyre's multi-layered and intelligent plot' ( Mail on Sunday)