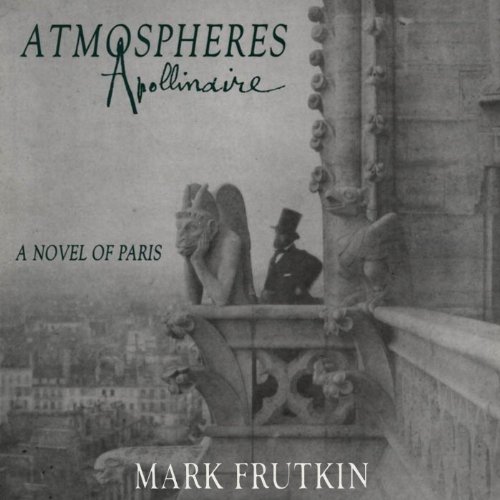 Atmospheres Apollinaire is Mark Frutkin's liberally imagined life of Guillaume Apollinaire, a French writer who flourished during the Belle Epoque, coined the term Surrealism, and died in the Spanish flu pandemic that followed World War I. The versatile Iraqi Canadian actor Fajer Al-Kaisi performs the audiobook in a sophisticated tongue that easily transitions between accents and languages. It helps that Al-Kaisi is fluent in English, French, and Arabic as well as conversational in Spanish and Italian.

The prose is often poetic even as it explores the seedy underbelly of Paris, for Frutkin is an accomplished poet as well as award-winning novelist. Atmospheres was shortlisted for the Governor General's Award for Fiction, the Trillium Award, and the Ottawa-Carleton Book Award.

Paris, the City of Light, was once the scene of a brilliant magnesium flare, host to the belle epoque from 1900 to 1914. Tempting poets, painters, writers, and composers from across Europe, the city relied on one man to move among them all - Guillaume Apollinaire. His contemporaries called him brilliant, mad, whimsical. He was the bastard son of an Italian cavalry officer and a Polish woman addicted to gambling, but nevertheless let it be rumored around Paris that he was the son of the pope.