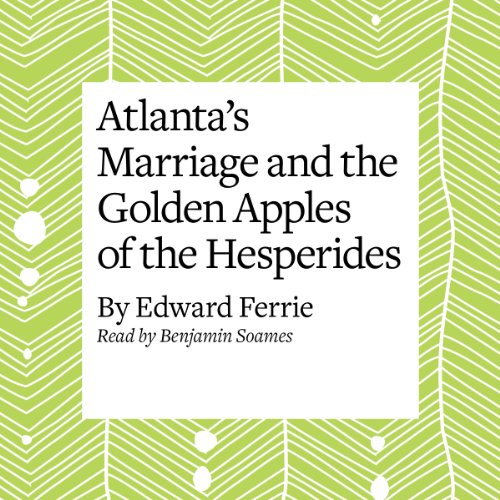 Atlanta’s Marriage and the Golden Apples of the Hesperides

"Atalanta’s Marriage and the Golden Apple of the Hesperides", excerpted from Edward Ferrie’s More Tales from the Greek Legends, tells the story of feisty Atalanta, who has resolved never to marry. In order to discourage suitors, Atalanta sets a requirement: that any eligible applicant be required to best her in a race in order to win her hand. Failure, of course, is punished with death. But the intervention of the goddess Aphrodite, who proves sympathetic towards a handsome young man named Hippomenes, changes the game - and proves that sometimes trickery bests speed, and, of course, wins the girl.

This is a story from the More Tales from the Greek Legends collection.

Bellerophon and the winged horse Pegasus launch into the blue sky in search of the dreaded three-headed Chimera, but will success go to the hero's head? Orpheus, devastated by the death of his wife, Eurydice, dares the dangers of the kingdom of the dead in an attempt to bring her back to life. Echo loves Narcissus but he only loves himself: a story that can only end in sadness. These and other colourful legends from Ancient Greece are retold in lively form by Benjamin Soames, with classical music providing further excitement.