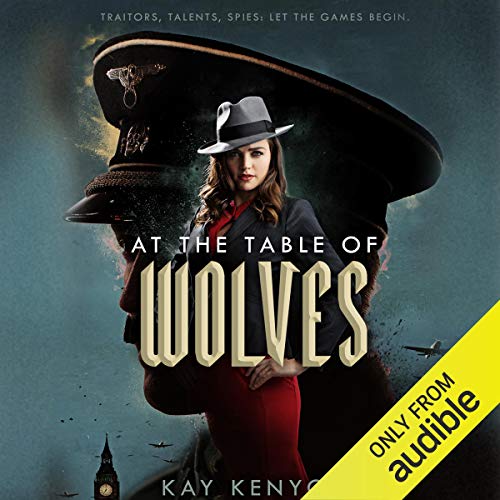 At the Table of Wolves

Tinker Tailor Soldier Spy meets X-Men in a classic British espionage story. A young woman must go undercover and use her superpowers to discover a secret Nazi plot and stop an invasion of England.

In 1936, there are paranormal abilities that have slowly seeped into the world, brought to the surface by the suffering of the Great War. The research to weaponize these abilities in England has lagged behind Germany, but now it's underway at an ultra-secret site called Monkton Hall.

Kim Tavistock, a woman with the talent of the spill - drawing out truths that people most wish to hide - is among the test subjects at the facility. When she wins the confidence of caseworker Owen Cherwell, she is recruited to a mission to expose the head of Monkton Hall - who is believed to be a German spy.

As she infiltrates the upper-crust circles of some of England's fascist sympathizers, she encounters dangerous opponents, including the charismatic Nazi officer Erich von Ritter, and discovers a plan to invade England. No one believes an invasion of the island nation is possible, not Whitehall, not even England's Secret Intelligence Service. Unfortunately, they are wrong, and only one woman, without connections or training, wielding her talent of the spill and her gift for espionage, can stop it.

Das sagen andere Hörer zu At the Table of Wolves