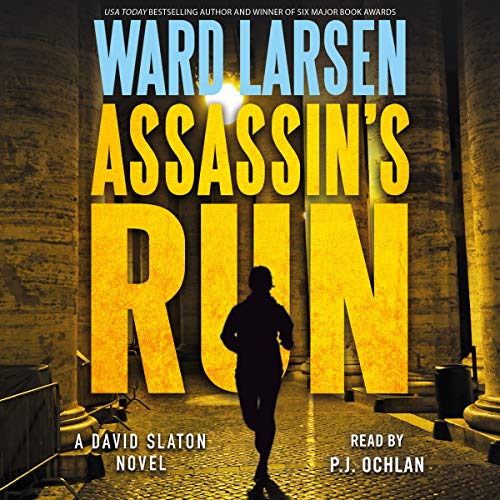 Assassin's Run revives globe-trotting, hard-hitting assassin David Slaton for another breathless adventure. When a Russian oligarch is killed by a single bullet on his yacht off the Isle of Capri, Russian intelligence sources speculate that a legendary Israeli assassin, long thought dead, might be responsible. However, David Slaton - the assassin in question - is innocent. Realizing the only way to clear his name is to find out who’s truly responsible, he travels to Capri.

While he searches, a web of disparate events unfolds across the Middle East. Three ships, owned by the group of Russians, deliver a mysterious cargo to the shores of the Arabian Peninsula. In Morocco, a Russian aerospace company begins flight testing an innovative new drone.

From Switzerland to the Red Sea to Morocco, Slaton gradually uncovers a conspiracy of monumental scope. It is a plot that will change the world strategic order - and one that goes straight to the top of the Russian government.