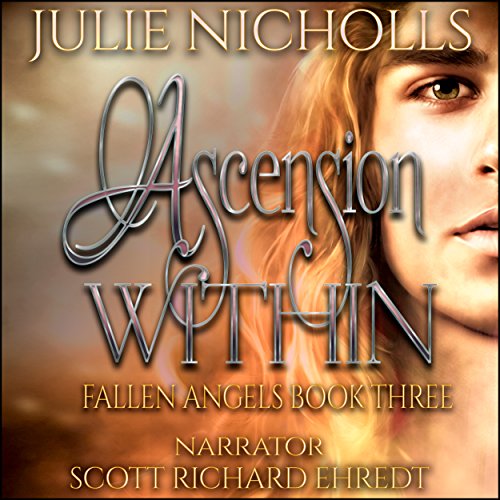 The story continues from book two, Angel Within, where we left Eloise in a state of unrest at Kai's disappearance.

Can Eloise save Kai? If she does, is he going to be the same man she fell in love with? Or will he revert to his old persona?

Confused by overwhelming emotions of despair and betrayal over losing her lover, Eloise finds inner strength and rages with determined purpose to aid her husband's return. Together with her comrades and the angel Anael, she makes her plan to rescue Kai, but as always when dealing with angels, it is not so easy. The angels are cooking up more plots and schemes; they just won't leave the mortals alone!

Anael reveals additional secrets regarding Eloise and Kai's past, and she's angry and hurt. Lashing out at the angel, she condemns his actions and his interference with the lives of mortals.

The battle is on to release Kai and to save the souls of man from Nivel, a dark angel. He's playing a dangerous game, and the prize is all of humanity.

The witch Jana is aiding Nivel. What deceit is she planning this time after hiding her intentions in Angel Within? Nivel strives to win a game he and Anael started over 25 years ago, but who has the better team?

You will learn everything in the final book, Ascension Within, book three in the Fallen Angels series.

The Fallen Angels series is a story of love, passion, good overpowering evil, and loyalty.