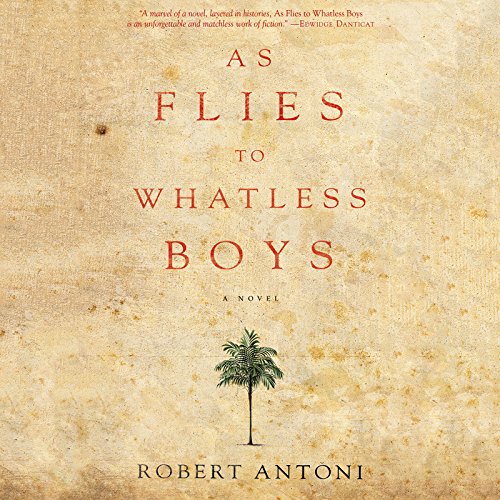 As Flies to Whatless Boys

In 1845 London, an engineer, philosopher, philanthropist, and bold-faced charlatan John Adolphus Etzler has invented machines that he thinks will transform the division of labor and free all men. He forms a collective called the Tropical Emigration Society (TES) and recruits a variety of London citizens to take his machines and his misguided ideas to form a protosocialist, utopian community in the British colony of Trinidad.

Among his recruits is a teenage boy (and the audiobook's narrator) named Willy Tucker, who falls head-over-heels for the enthralling and wise Marguerite Whitechurch. Coming from the gentry, Marguerite is a world away from Willy's laboring class. As the voyage continues, and their love for one another strengthens, Willy and Marguerite prove themselves to be the true socialists aboard ship, their actions and adventures standing in stark contrast to Etzler's disconnected theories.”