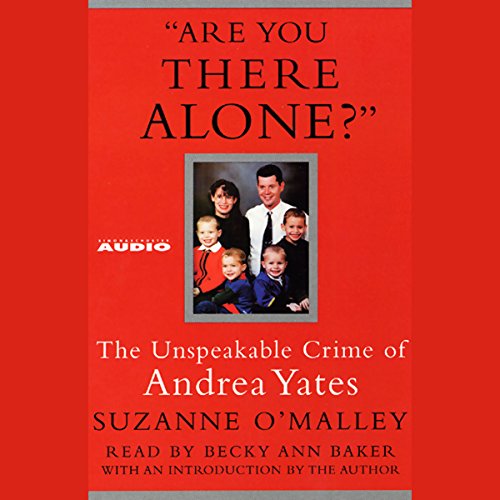 Are You There Alone?

Are You There Alone?

As a journalist, Suzanne O'Malley began covering the murders of Noah, John, Paul, Luke, and Mary Yates hours after their mother, Andrea Yates, drowned them in their suburban Houston home in June 2001. Over 24 months, O'Malley interviewed or witnessed the sworn testimony of more than a hundred participants in this drama, including Yates herself; her husband, Rusty Yates; their families; attorneys; the personnel of the Harris County district attorney's and sheriff's offices; medical staff; friends; acquaintances; and expert witnesses.

O'Malley argues persuasively that under less extraordinary circumstances, a mentally ill woman would have been quietly offered a plea bargain and sent to an institution under court supervision. But on March 12, 2002, Andrea Yates was found guilty of the murders of three of her five children. She is currently serving a life sentence and will not be eligible for parole until 2041.

O'Malley's exclusive personal communications with Andrea Yates and her interviews with Rusty Yates allow her to offer fully realized portrayals of people at the center of this horrifying case.

In Are You There Alone? O'Malley makes a critical contribution to our understanding of mental health issues within the criminal justice system.