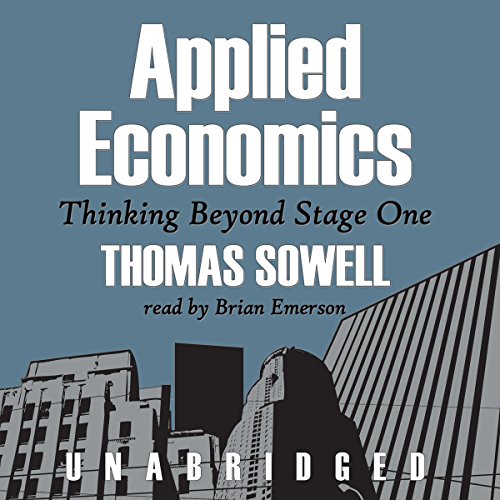 This book is geared to the average citizen with little or no economics background who would like the tools to think critically about economic issues. Many of today's economic issues are obscured by their inherent complexity and the often confusing and conflicting views coming from political talking heads. Sowell, a leading conservative economist and senior fellow at the Hoover Institution, seeks to alleviate this confusion. He begins by elucidating the differences between politicians, who are often compelled by political considerations to act for the short term, and economists, who are more concerned with long-term ramifications. Sowell then focuses on the application of economics to major contemporary real-world problems - housing, medical care, discrimination, and the economic development of nations.