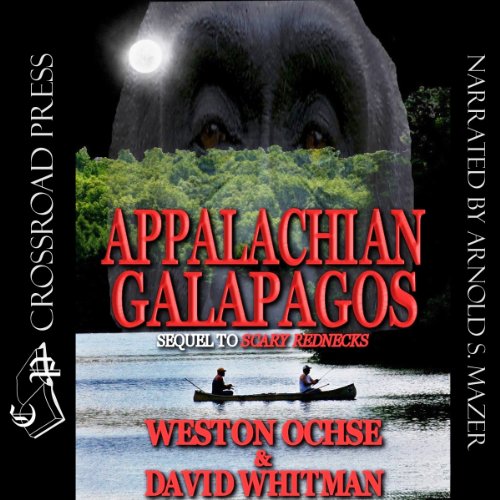 Appalachian Galapagos follows the smash success of Scary Rednecks and Other Inbred Horrors with authors Weston Ochse and David Whitman returning us to the world of rednecks, human-skin beer cozies, urban legends come to life, southern mythology, drunkards flying in lawn chairs, contemplations on the nature of god, and the monsters within us all. Galapagos cements its ownership of the genre opening with a grand opus of a novella co-written by both authors, featuring backwoods churches, boat rides, and bigfoots. Fourteen additional stories provide us glorious glances into a world of bug zappers, cheetos, and beer-fueled madness. Grand Master of Horror Edward Lee points out in his introduction that "this very successful collection is unlike anything that is being done today' and 'is perhaps the most successful collection of the year."

"Make way for a new powerhouse on the block. Hard work and formidable skills have already shot-gunned Ochse to the front of the genre's exciting new pack of writers. With creative brawn, brains, and balls, the guy's locked, loaded, and switched to full-auto, blazing away with his unique and original brand of modern horror, one of the few new writers, I'd say, who will help re-define the field for the future." (Edward Lee)