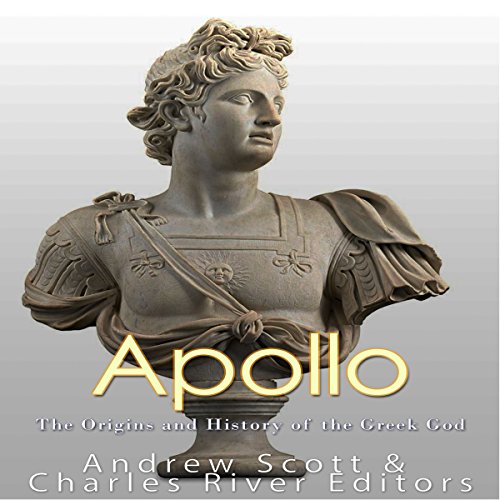 "Foolish mortals and poor drudges are you, that you seek cares and hard toils and straits! Easily will I tell you a word and set it in your hearts. Though each one of you with knife in hand should slaughter sheep continually, yet would you always have abundant store, even all that the glorious tribes of men bring here for me. But guard you my temple and receive the tribes of men that gather to this place, and especially show mortal men my will, and do you keep righteousness in your heart."

"Apollo's history is a confusing one," said the renowned poet and mythologist Robert Graves. This notion is also illustrated in the above quote from the sixth century BCE Homeric Hymn to Apollo, which gives the listener a brief glimpse into the confusion surrounding Apollo's multi-faceted nature. The quote comes from the end of an episode in which Apollo is traversing the known world, looking for a place to build a temple to himself. Once he lands upon a place of his liking, however, he realizes that he needs to populate it with priests who would "guard" and care for its ceremonies. Rather than depend upon those "glorious tribes" to supply his temple with sycophants, Apollo has no patience for chance, and flies down to a Cretan merchant ship, landing on it in the form of a timber-shaking dolphin. After terrifying the merchants, he tells them that their lives in the sea trade are over, and they are to be priests at his temple from then on. Cautioning the merchants to eschew piracy and "keep righteousness" in their hearts, while simultaneously confronting and sequestering them captures the youthful god's capricious character quite well.