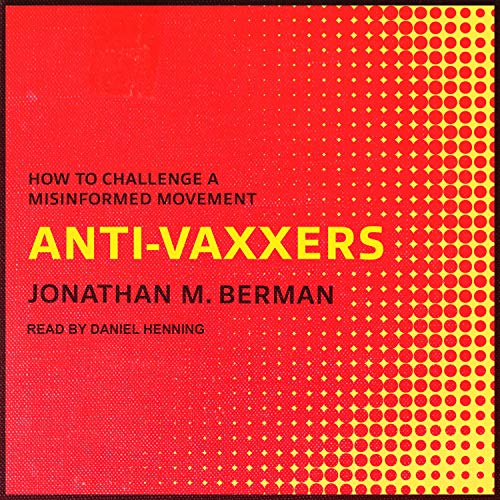 In Anti-Vaxxers, Jonathan Berman explores the phenomenon of the anti-vaccination movement, recounting its history from its 19th-century antecedents to today's activism, examining its claims, and suggesting a strategy for countering them.

After providing background information on vaccines and how they work, Berman describes resistance to Britain's Vaccination Act of 1853, showing that the arguments anticipate those made by today's anti-vaxxers. He discusses the development of new vaccines in the 20th century, including those protecting against polio and MMR (measles, mumps, rubella), and the debunked paper that linked the MMR vaccine to autism; the CDC conspiracy theory promoted in the documentary Vaxxed; recommendations for an alternative vaccination schedule; Kennedy's misinformed campaign against thimerosal; and the much-abused religious exemption to vaccination.

Anti-vaxxers have changed their minds, but rarely because someone has given them a list of facts. Berman argues that anti-vaccination activism is tied closely to how people see themselves as parents and community members. Effective pro-vaccination efforts should emphasize these cultural aspects rather than battling social media posts.