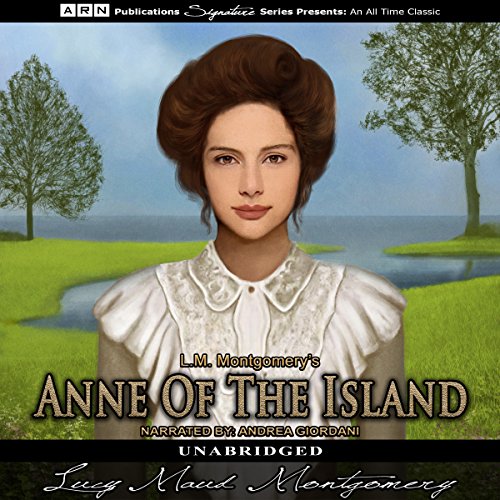 Anne of the Island

As the third book in the series, Anne of the Island by Lucy Maud Montgomery continues to follow the adventures of Anne Shirley.

After leaving her teaching career behind in Green Gables, Anne attends Redmond College in Nova Scotia with some of her friends. Anne and her friends spend the first year of school at a boarding house, but they then decide to live together in a quaint little cottage known as Patty's Place. Here Anne pursues her dream of higher education but is interrupted by Gilbert Blythe and his attempts at seeking her hand in marriage.

Anne refuses to accept his proposal because he does not match the image of the "perfect" man she has for herself. Thus Gilbert gives up, and he and Anne slowly become more distant. Another Redmond College student, Roy, attracts the attention of Anne because he is the embodiment of the tall, dark, and handsome man Anne had imagined. However, after two years of courtship, Anne realizes that she was only in love with the idea of a man like Roy, but Roy was not the man that she needed.

After turning down Roy's marriage proposal and graduating from college, Anne returns to Green Gables. Although she now has a BA degree, Anne feels lonely and confused. She hears that Gilbert has fallen gravely ill and realizes that she has loved Gilbert from the beginning and hopes that it's not too late for her to tell Gilbert how she feels.