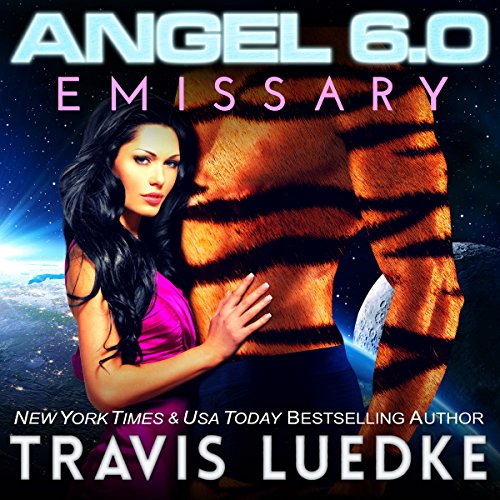 Abducted, enslaved as concubine to alien Cats, then rescued and mated to the Prince, Princess Angel must embrace her destiny as the Emissary to the Emperor. Can she do what is necessary to stop a galactic war that threatens everyone she loves?

Born of illegal genetic engineering, Angel is not quite human. She's never known her place in the universe. Stolen by the Gran, a fierce race of warrior Cats, she survived enslavement as a concubine. Beloved by the Prince, he mated her, removed her slave collar and declared her Princess of the Empire of the Gran - despite her love for the pirate Cesar.

Now Angel is thrust into the center of galactic war and forced to choose sides between humanity and her surrogate family of Cats.

Facing war and the loss of her loved ones, Angel is appointed Emissary to the Emperor. The fate of both species depends on her to bridge the gap between the corrupt politicians of Earthside and greedy, war-mongering Cats.

Angel 6.0: Emissary, is the final episode of a space opera romance series from NYT and USA Today best-seller Travis Luedke.