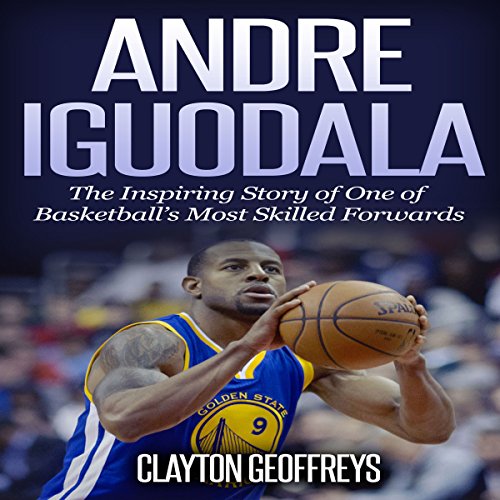 Andre Iguodala: The Inspiring Story of One of Basketball's Most Skilled Forwards

In Andre Iguodala: The Inspiring Story of One of Basketball's Most Skilled Forwards, you'll learn the incredible story of one of basketball's premier forwards, Andre Iguodala. Since entering the league as the ninth overall pick in the 2004 NBA Draft, Andre Iguodala has molded quite the career for himself. For eight years, he was a centerpiece of the Philadelphia 76ers as they worked through the post-Iverson era. Then, after a short stint with the Denver Nuggets, Iguodala joined the Golden State Warriors in 2013. The rest is history.

As a member of the Warriors, Iguodala has become one of the most reliable leaders of a second unit in the league. Still a highly dynamic player, Iguodala provides a spark off the bench for the Warriors whenever superstars Stephen Curry, Klay Thompson, or Kevin Durant need rest. Iguodala's performance in the 2015 NBA Finals was one for the memory books, and a series that helped him win the 2015 NBA Finals MVP award.

If you're a fan of Iggy, don't delay in downloading this audiobook. Start learning his inspiring story today.