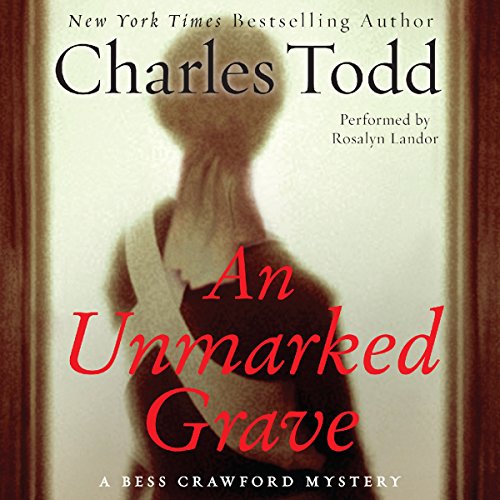 In the spring of 1918, the Spanish flu epidemic spreads, killing millions of soldiers and civilians across the globe. Overwhelmed by the constant flow of wounded soldiers coming from the French front, battlefield nurse Bess Crawford must now contend with hundreds of influenza patients as well.

However, war and disease are not the only killers to strike. Bess discovers, concealed among the dead waiting for burial, the body of an officer who has been murdered. Though she is devoted to all her patients, this soldier's death touches her deeply. Not only did the man serve in her father's former regiment, he was also a family friend.

Before she can report the terrible news, Bess falls ill, the latest victim of the flu. By the time she recovers, the murdered officer has been buried, and the only other person who saw the body has hanged himself. Or did he?

Working her father's connections in the military, Bess begins to piece together what little evidence she can find to unmask the elusive killer and see justice served. But she must be as vigilant as she is tenacious. With a determined killer on her heels, each move Bess makes could be her last.