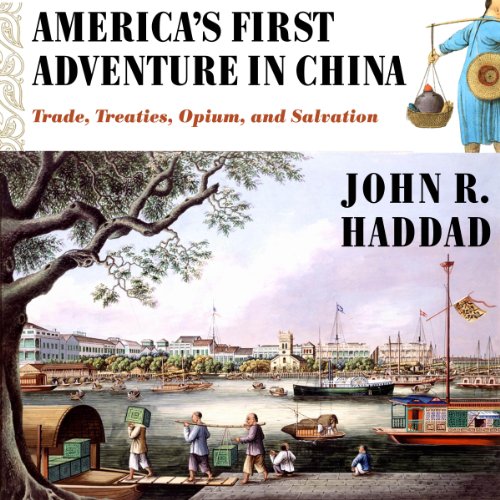 In 1784, when Americans first voyaged to China, they confronted Chinese authorities who were unaware that the United States even existed. Nevertheless, a long, complicated, and fruitful trade relationship was born after American traders, missionaries, diplomats, and others sailed to China with lofty ambitions: to acquire fabulous wealth, convert China to Christianity, and even command a Chinese army. In America's First Adventure in China, John Haddad provides a colourful history of the evolving cultural exchange and interactions between these countries. He recounts how American expatriates adopted a pragmatic attitude - as well as an entrepreneurial spirit and improvisational approach - to their dealings with the Chinese. Haddad shows how opium played a potent role in the dreams of Americans who either smuggled it or opposed its importation, and he considers the missionary movement that compelled individuals to accept a hard life in an alien culture. As a result of their efforts, Americans achieved a favourable outcome - they established a unique presence in China - and cultivated a relationship whose complexities continue to grow. John Haddad is an Associate Professor of American Studies and Popular Culture at Penn State Harrisburg. He was awarded the Gutenberg-e Prize in 2002 for his dissertation, which was published as The Romance of China: Excursions to China in U.S. Culture, 1776-1876.

"John Haddad has written a subtle and spirited book, which takes America's first experiences in China as a means to explore the early years of the United States as an independent nation... It is an absorbing tale, with many contemporary echoes." (Jonathan Spence, author of The Search for Modern China)
“A well written, succinct, and elegant book. Haddad brings a fresh approach to-and makes a convincing case for his characterization of-the American presence in China." (Peter Buck, Senior Lecturer (retired) on the History of Science, Harvard University)