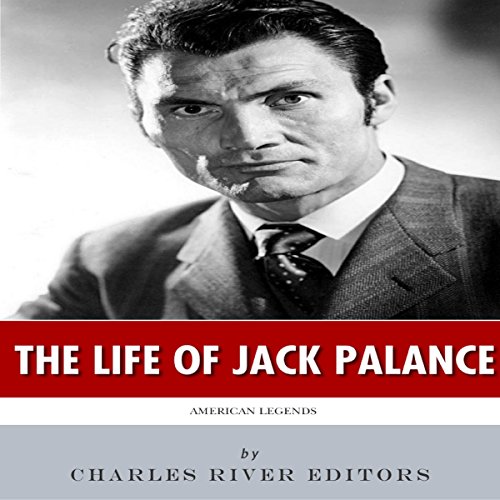 "One of the most important reasons for living is to do something - live outside of yourself and put together an idea, an idea that you want to explore and then complete.... Awaken your creative sensitivities!" - Jack Palance

It is quite possible that Jack Palance is best-remembered not for any single performance but rather for his display of physical fitness while receiving an Oscar for his performance in City Slickers (1989). In an effort to demonstrate that old age had not blunted his athleticism, Palance performed one-armed pushups while grasping his Oscar trophy with his free hand. His fitness was hardly a false representation either, as it demonstrated just how much he had been gifted with a strong physique. It was a crucial part of his image in the industry. Equally important, however, Palance's one-armed pushups demonstrated the way in which he frequently poked fun at himself, proving he did not take himself overly seriously.

The life and career of Jack Palance reveals the essence of the man with greater clarity. Palance's childhood played an inestimable role in shaping his values, and he always maintained properties in Pennsylvania where he grew up. Ironically, the connection felt to his roots was countered by the tortuous turns that characterized his career trajectory, which may be one of the most unusual of all time.