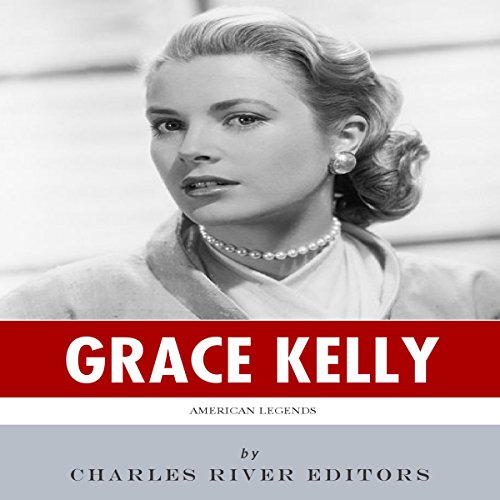 A lot of ink has been spilled covering the lives of history's most influential figures, but how much of the forest is lost for the trees? In Charles River Editors' American Legends series, listeners can get up to speed on the lives of America's most important men and women. It can be done in the time it takes to finish a commute, while learning interesting facts long forgotten or never known.

Considering that her film career lasted just six years, it would seem as though the reputation of Grace Kelly far outweighs her actual output. From the time of her arrival in Hollywood in 1951, through her final film, High Society, in 1956, Kelly acted in just 11 films. Viewers were left to wonder whether Kelly was still in the beginning of her career, or whether High Society was a proper culmination to an extraordinarily brief stay in the film industry. Ultimately, it is might be most accurate to state that Kelly was still in the prime of her career, but it's unclear what direction her career would have taken, as well as who inherited the void she left.

Despite the short resume, Kelly is one of America's most famous actresses. She left an indelible impact on Hollywood. Kelly brought a well-heeled, almost-regal quality that deviated from the film noir roles and musical showgirls who had populated the screen during the 1930s and 1940s.