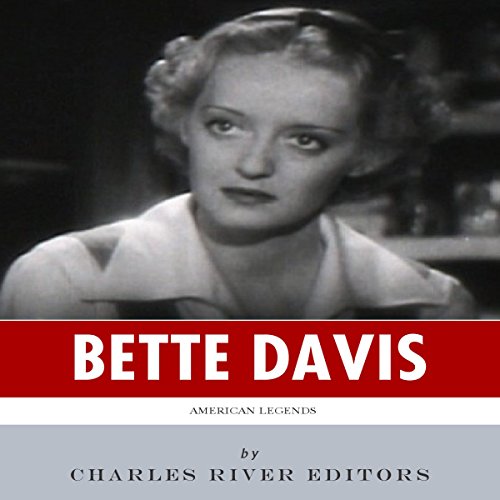 "Even the most inconsiderable film...seemed temporarily better than they were because of that precise, nervy voice, the pale ash-blond hair, the popping, neurotic eyes, a kind of corrupt and phosphorescent prettiness.... I would rather watch Miss Davis than any number of competent pictures." (English critic Graham Greene, 1936)

A lot of ink has been spilled covering the lives of history's most influential figures, but how much of the forest is lost for the trees? In Charles River Editors' American Legends series, readers can get caught up to speed on the lives of America's most important men and women in the time it takes to finish a commute while learning interesting facts long forgotten or never known.

Bette Davis presided over Hollywood at a time in which the film industry was at its most influential. Every actress, from Katharine Hepburn to Ingrid Bergman and Ginger Rodgers, themselves now considered among Hollywood's greatest icons, lived in the shadow of Bette Davis. Not only was Davis a box-office sensation and commercial success - she became the highest paid actress in 1938 - but she garnered more critical acclaim than any other actress during the time, as evidenced by the fact that she was the first actress to be nominated for 10 Academy Awards. Even more than two decades after her death, Davis remains popular, and films of hers, most notably All About Eve (1950) and Now, Voyager (1942), are routinely viewed by the public and continue to be taught in college film classes.