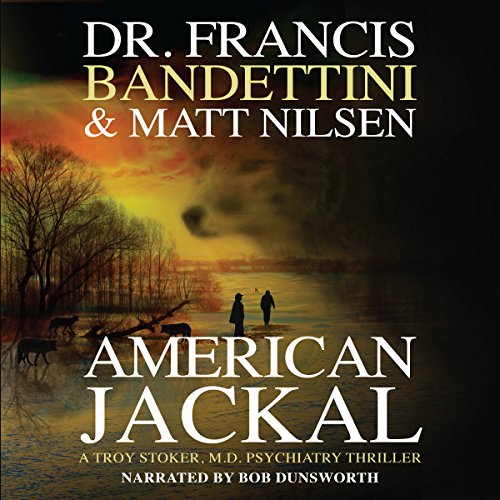 Psychiatrist Troy Stoker, MD, bursts onto the psychiatry thriller landscape. His high-profile patient, the lieutenant governor-elect's wife, makes a simple mistake that could cost her everything, including her life, and brings her face to face with an American jackal.

In this confrontation with corruption, Ann Higgins stumbles into the underworld life of a high-ranking South Dakota statesman, and she catapults her psychiatrist, Troy Stoker, MD, into the conflict. When her chilling discovery threatens to devastate a politician's secret dominion, Ann ends up dangling from a makeshift noose and fighting for her survival while plunging Dr. Stoker even deeper into the battle of minds, muscles, and new tech.

Dr. Stoker enlists Errol Rivera, a fellow physician and military attaché, to help unravel the mystery and take on the challenges set before them. Together Stoker and Rivera use their brilliant intuition, psychiatric savvy, and military skills to pursue the veiled, corrupt politician and hunt down his criminal pack.

Still, Stoker is unaware that his Cuban-born, patriot friend, Rivera, is much more than a doctor with a hero's past. At his command Rivera unleashes an elite band of warriors who engage their training, guts, technology, and weaponry to confront the corruption.

Hold on and jump into this gritty thrill ride as the new hero, Troy Stoker, MD, emerges in an explosive new political and psychiatry thriller, American Jackal.