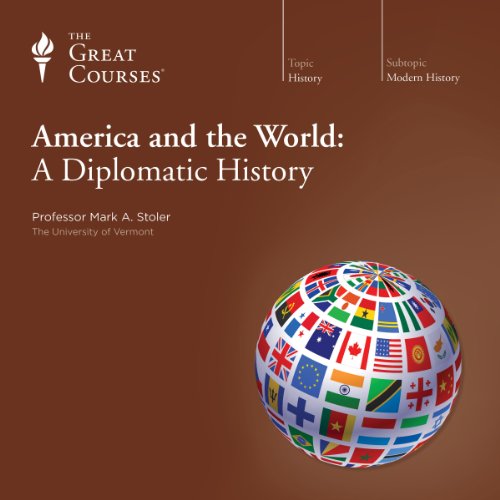 America and the World: A Diplomatic History

America and the World: A Diplomatic History

In barely more than two centuries, the United States evolved from a sparsely settled handful of colonies into the most powerful nation the world has ever known. How could such an implausible metamorphosis have occurred? These 24 insightful lectures address that penetrating question and many others. Professor Stoler offers you a fresh view of America's shift from the periphery of international politics to its very center as he explores the key components of American diplomatic history, including the origins of American beliefs about our "mission" and proper place in the world; the expansion of the original United States across the North American continent through war and treaty; the achievement of victory in two world wars; and the 45-year cold war with the Soviet Union.

You'll also learn the origins and evolution of famous or significant pronouncements and policies, including Washington's Farewell Address, the idea of "Manifest Destiny", the Monroe Doctrine, the Open Door policy, isolationism, the Marshall Plan, and the "containment" of Communism. Presenting history's events as only a single part of a much broader whole, Professor Stoler adds the "how" and "why" to the "what" of American diplomatic history. The result is an entertaining series of lectures that will not only deepen your outlook on American history but will prove to you that not all history is made on the battlefield.