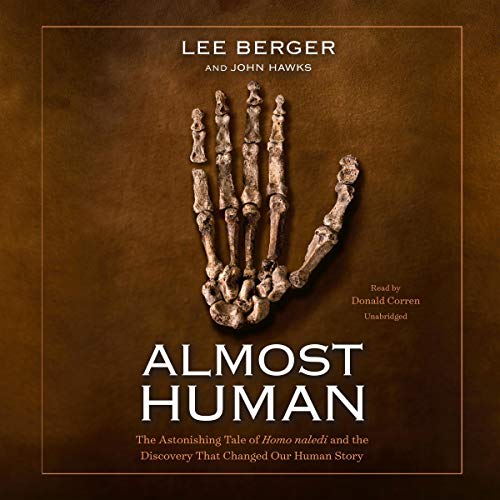 A story of defiance and determination by a controversial scientist, this is Lee Berger's own take on finding Homo naledi, an all-new species on the human family tree and one of the greatest discoveries of the 21st century.

In 2013, Lee Berger, a National Geographic explorer-in-residence, heard of a cache of bones in a hard-to-reach underground cave in South Africa. He put out a call around the world for petite collaborators - men and women small and adventurous enough to be able to squeeze through eight-inch tunnels to reach a sunless cave forty feet underground. With this team, Berger made the discovery of a lifetime: hundreds of prehistoric bones, including entire skeletons of at least 15 individuals, all perhaps two million years old. Their features combined those of known prehominids like Lucy, the famous Australopithecus, with those more human than anything ever before seen in prehistoric remains. Berger's team had discovered an all new species, and they called it Homo naledi.

The cave quickly proved to be the richest prehominid site ever discovered, full of implications that shake the very foundation of how we define what makes us human. Did this species come before, during, or after the emergence of Homo sapiens on our evolutionary tree? How did the cave come to contain nothing but the remains of these individuals? Did they bury their dead? If so, they must have had a level of self-knowledge, including an awareness of death. And yet those are the very characteristics used to define what makes us human. Did an equally advanced species inhabit Earth with us, or before us? Berger does not hesitate to address all these questions.

Some colleagues question Berger's interpretation of this and other finds. Here, this charismatic and visionary paleontologist counters their arguments and tells his personal story: a rich narrative about science, exploration, and what it means to be human.