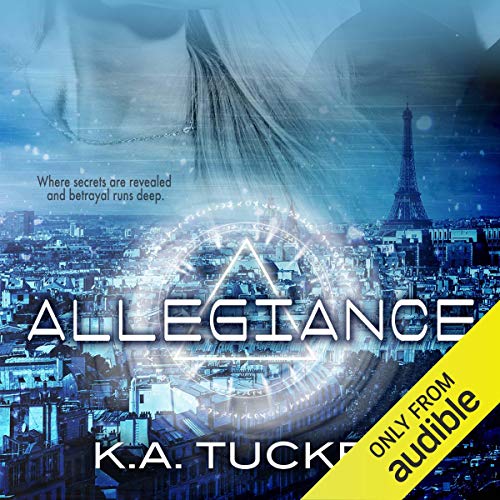 Evangeline finally got what she longed for - the cursed pendant off her neck and Caden in her arms - only it has come at a steep price. An unknown poison now courses through her body, slowly morphing her into something no one but the Fates can foresee. She has her suspicions, though...and, if she is right, it will spell certain ruin for her and Caden. She won't last long enough to realize that, though, if Viggo and Mortimer uncover the treasonous secrets she keeps from them - that Veronique is now free of her entombment and in the torturous clutches of the Witches and the Sentinel or that she is protecting a Sentinel within their very midst.

Always the naive human caught in the midst of the vampires' web of deceit, Evangeline is now weaving her own dangerous web in order to keep her friend alive, rescue Veronique, and stop a seemingly inevitable war from starting. But can her honorable nature handle the depths of duplicity for which she must go to be in league with the Vampires?

Dark and gripping, full of angst-riddled scenes, Allegiance will have listeners anxiously listening to find out if Evangeline can survive this spiraling disaster.