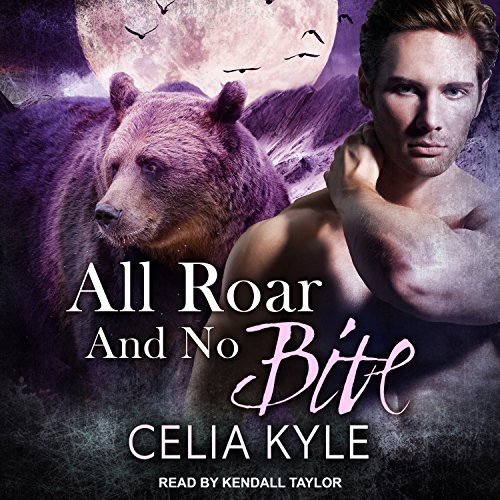 All Roar and No Bite

All Roar and No Bite

Human Lauren has a protective streak a mile wide and one immediate goal in life - get her best friend out of an abusive household. If that involves a little bat-based redecorating, so be it. Unfortunately - or fortunately - a certain sexy-as-hell cop breaks up the fight before she has a chance to really get going.

Grayslake police officer Van Abrams is too hot for his own good, and his handcuffs make all those wonderful places tingle. Too bad he, you know, arrested her and stuff. But then he becomes overbearing and commanding. Suddenly Lauren finds herself in his arms, in his bed, and mated to his werebear butt. What's up with that?

Werebear Enforcer Van Abrams doesn't want anything to do with humans. He's got reasons, and they're damn good ones. He doesn't need to explain himself to anyone, especially the curvaceous, gorgeous human Lauren. Then, his bear decides Lauren is his mate and Van's anti-human feelings abandon him. He still hasn't figured out if that's a good thing. Of course, when danger rolls in from Boyne Falls and joins with a powerful prick from Grayslake, Van realizes that, human or not, Lauren is his. Van hopes he can kill their enemies and still make it home for dinner.