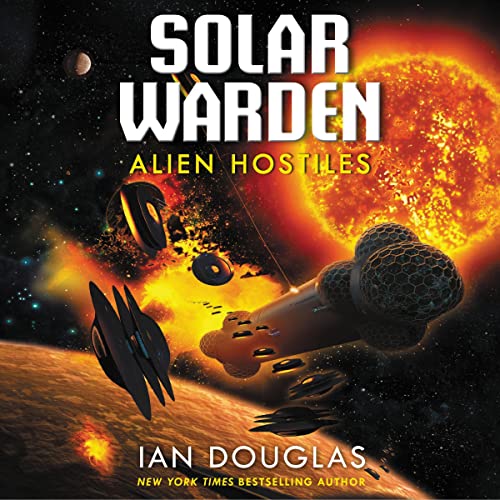 By exposing the sinister Saurians, Navy SEAL Lieutenant Commander Mark Hunter and his team have more than proven themselves. Yet the war between humanity and the intergalactic aliens has only begun - now they must save themselves and all of civilization.

The JSST - the Joint Space Strike Team Hunter has put together from all branches of the US military - is again deployed on board the Earth starcraft carrier Hillenkoetter on a mission to probe a possible historical connection between the Saurians and the Nazi Third Reich. At a planet called Paradies orbiting the red giant star Aldebaran, they discover a long-rumored colony of expatriate Nazis...and the beginnings of a plan to enslave Earth under Nazi - and Saurian - rule.

With Earth at stake, governments deeply compromised, and evil at the door, Solar Warden must fight together to end it all...even if it means sacrificing everything.